With the support of the Brave Society and under the patronage of Irpin Mayor Oleksandr Markushin, a large-scale bicycle race "Gravel Challenge" is being organized. 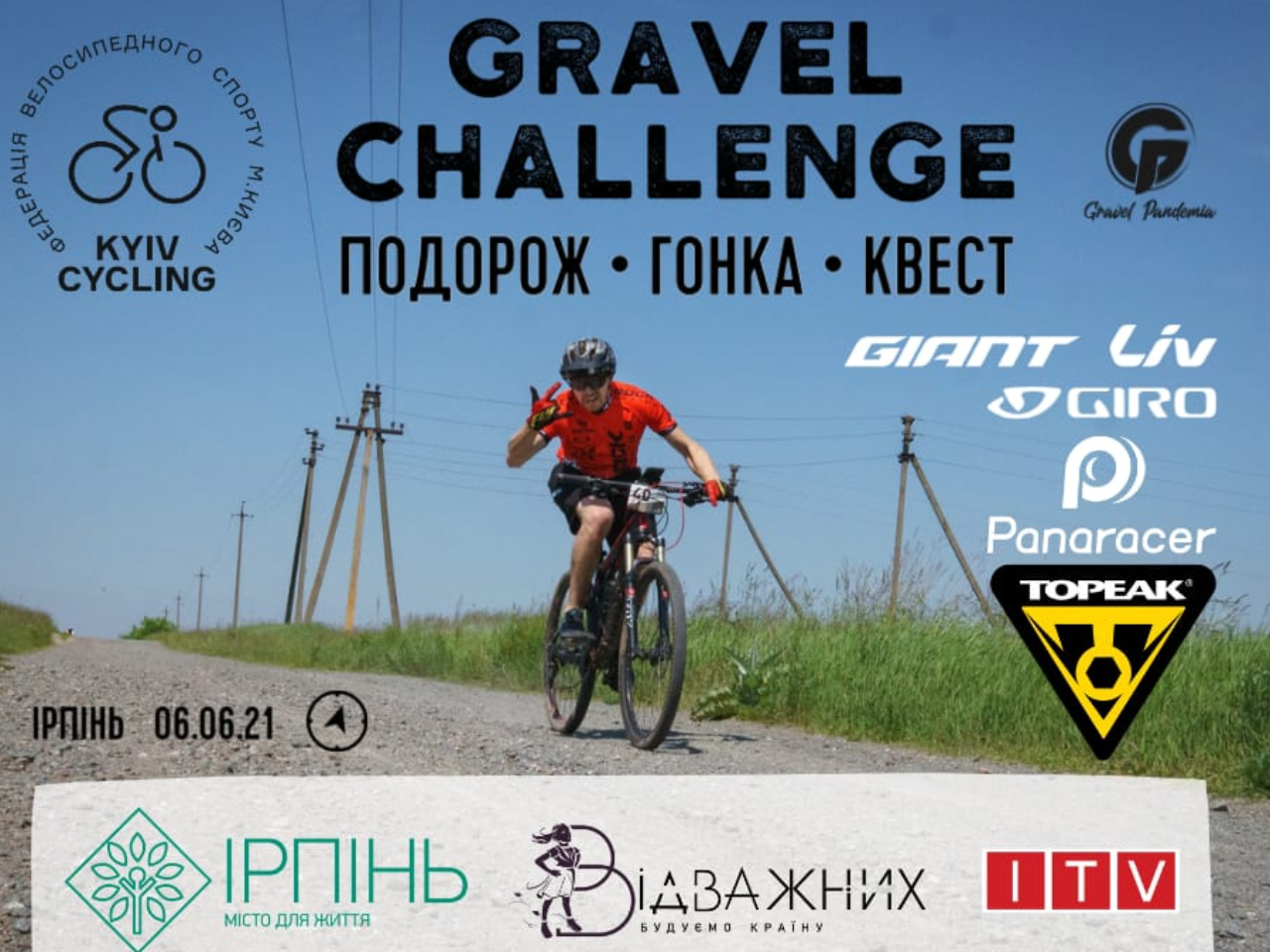 On June 6, a large-scale cycling race "Gravel Challenge" will start and finish on the Irpin embankment, in which 250 athletes will take part. The race will take place in a new format of gravel rally.

The format of the gravel rally appeared in the quarantine period - it allows you to let cyclists on the route in small groups and avoid crowds at the start and distance. The route includes five high-speed special sections. Only the total driving time of these sections will be taken into account to determine the results of the competition.

“The route is designed in such a way that it is as far away from settlements as possible but accessible to any bicycle. Mostly these are dirt field and forest roads. But we found three very interesting areas - two gravel and one paved. The route is very picturesque and until last year few people know. In six hours you need to cover about 70 kilometers, perform creative tasks, find a secret route and try your luck, "said the New Cycling Federation of Kyiv, which organized the race.

According to the results of the competition, the awards will be given to the 12 fastest riders (6 men and as many women). During the award ceremony, prizes will also be awarded to the race participants at the Gravel Joker checkpoint. In addition, during the week there will be prizes among those athletes who take selfies with a cow on the route and post these photos on Facebook or Instagram. Cyclists will be able to start on the waterfront from 8:00 and must finish by 15:00. The award ceremony is scheduled for 16:00.

It will be recalled that on May 15-16, the Irpin embankment became the starting point and finish of the GRVL200-Irpin bicycle marathon, which was attended by 130 athletes from Kyiv, Kyiv, Dnipropetrovsk, Poland, Belarus and Kazakhstan.