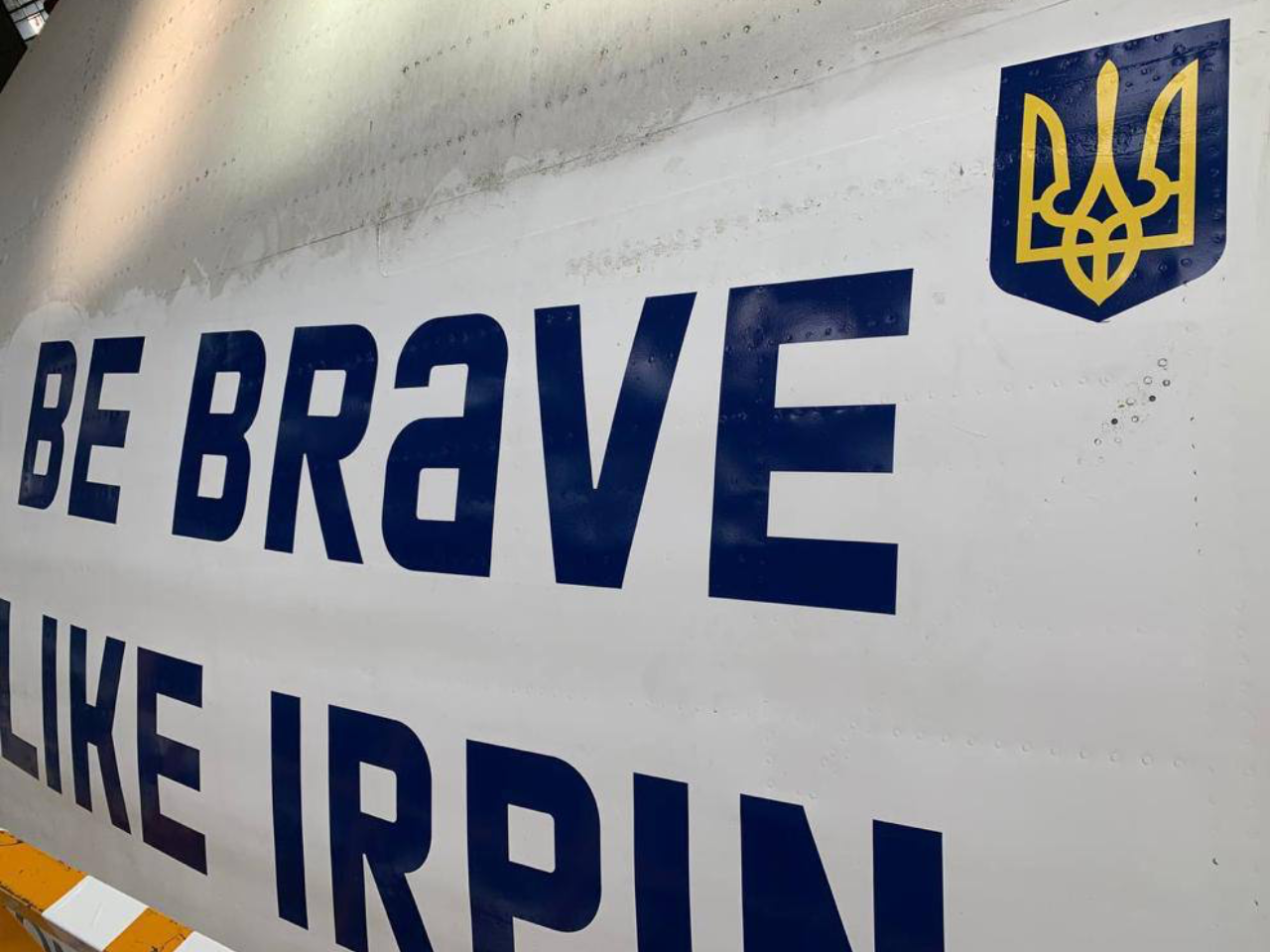 The inscription BE BRAVE LIKE IRPIN appeared on the fuselage of the An-124-100 aircraft, the head of the Irpen Investment Council, CEO of the "VIDVADZHNYH" Society and co-founder of the NGO "Irpen Recovery Fund" announced on his Facebook page » Volodymyr Karpluk. 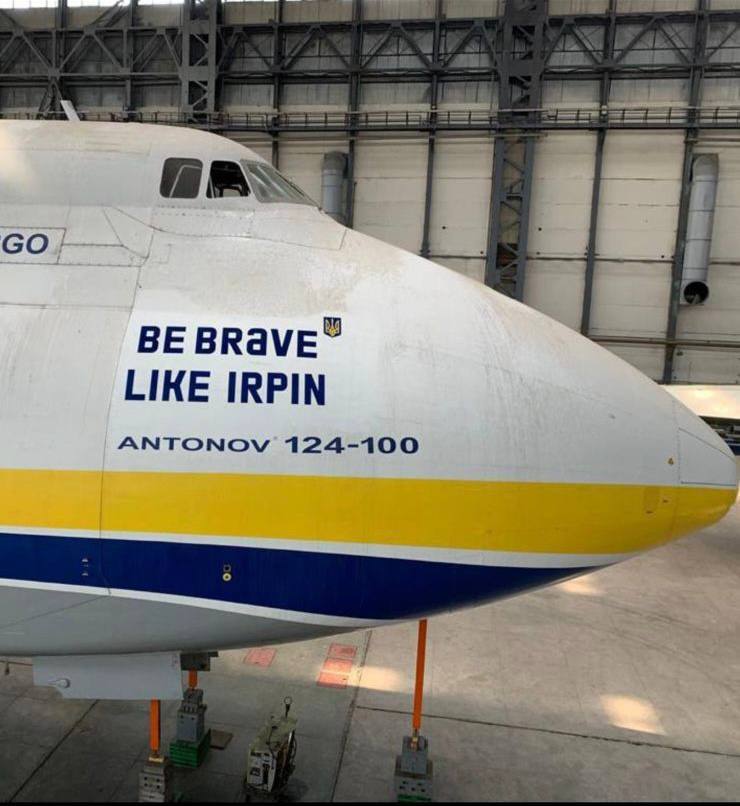 "Irpin is a city of brave people! The feat of the Hero city of Irpen, which stopped the enemy on the way to the capital at the cost of destroying more than 70% of the city's infrastructure, is depicted on the fuselage of the An-124-100 aircraft (board number UR82073). Today, the inscription BE BRAVE LIKE IRPIN appeared on this plane", - wrote the head of the investment council Irpen

In order to celebrate the Day of Ukrainian Statehood, the State Enterprise Antonov celebrated the Hero cities of Ukraine, including Irpin, Mariupol, Kharkiv, Chernihiv and others, Volodymyr Karplyuk noted

We will remind you that Volodymyr Karpluk is one of the co-founders of the NGO "Irpenia Restoration Fund". The main purpose of which is to attract financial, material, technical and organizational resources for the reconstruction of the destroyed and damaged social and residential infrastructure of the city. Learn more about it on the foundation's website.

The BRAVE society is a group of construction companies that has united talented and organizationally strong people who are changing the world for the better. Partners and co-founders of the company are Volodymyr Spivak and Volodymyr Karpluk.

Since 2010, the BRAVE team has built 17 residential complexes, in which more than 10,000 residents already live. The group of companies "BRAVE" created the following projects in the field of real estate: residential complex "Novator", "Warshavsky Dvir", "Rich Town Bucha", "Bucha Kvartal", "Central Bucha", "Parkovy", "Lisova Bucha", "Poltavskyi" , "CENTRAL HOUSE", etc. So far, "Brave" LLC has commissioned the "Novator Irpin" housing complex and has begun handing over ownership rights to the "Burgundia" housing complex, which is also located in Irpin. In the near future, the society will present a new residential complex in Irpen.