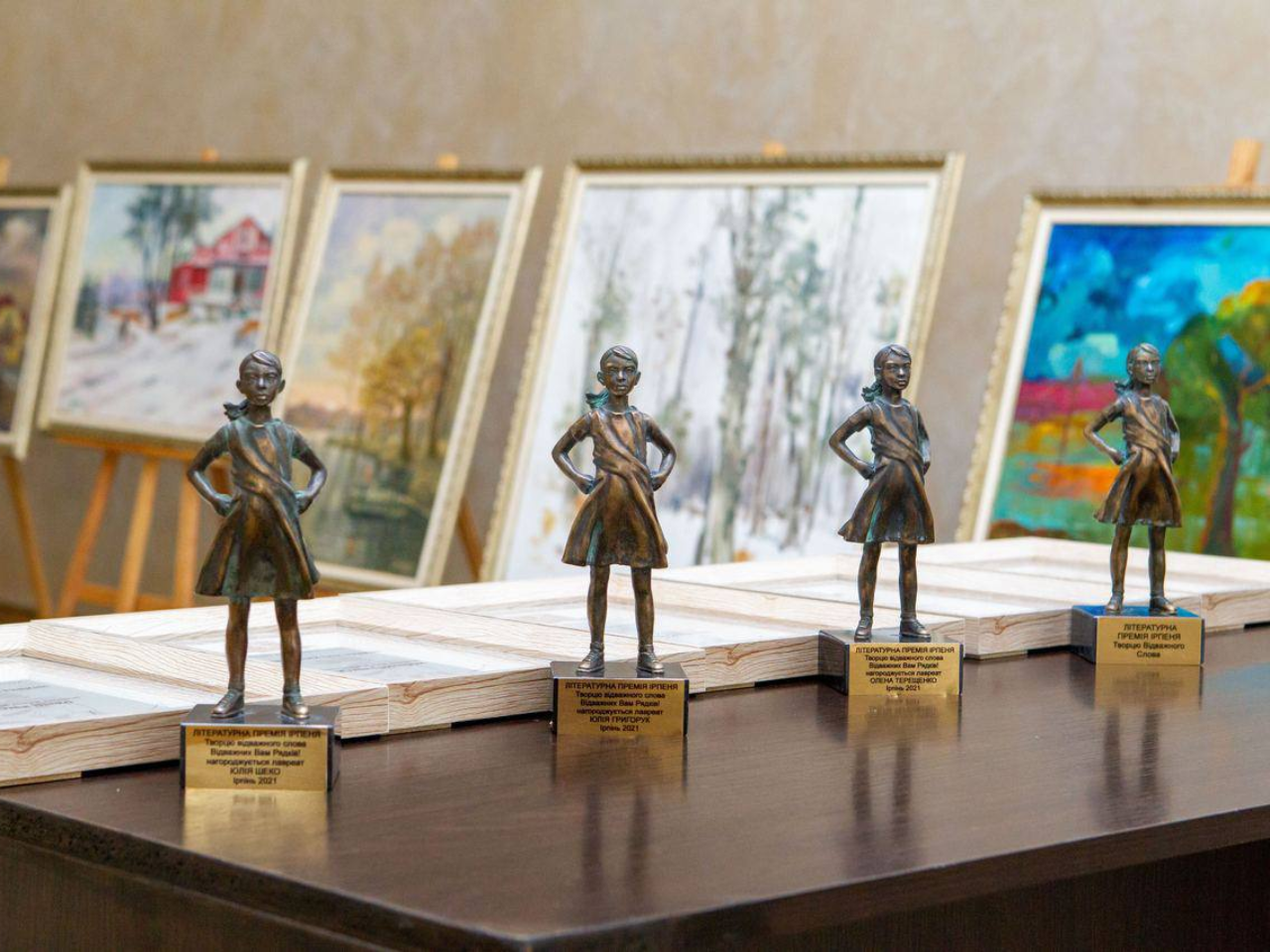 The founders of the Irpen Literary Prize - the Brave Society and the Irpen Investment Council - have announced the start of accepting literary works to determine the winners of the prize for 2021.

Irpen Literary Prize is an annual all-Ukrainian prize in the field of literature, founded in 2020 by the Brave Society and the Irpen Investment Council in order to find new authors and motivate them for further work. The award is presented in three nominations: "Prose", "Poetry" and "Literature for Children" (it was in Irpen that the writer, author of "The Adventures of the Stranger" Mykola Nosov lived). The jury will consider previously unpublished manuscripts of authors who have not yet published a single book, but have published their works in collective collections or anthologies. The age and geography of the applicants for the award is unlimited. The subject of the works and their volume are free. Deadline for submission of works - until December 31, 2021.

The awarding of the winners of the prize for 2021 will take place on March 21, 2022. Three laureates of the Irpen Literary Prize - winners in the nominations "Prose", "Poetry" and "Literature for Children" - will receive UAH 50,000 each. In addition, LLC "Brave" has set an additional incentive premium of 10 thousand UAH. That is, the total prize fund of the Irpen Literary Prize is UAH 160,000.

Manuscripts should be sent in Microsoft Word format (with attached photos and biography of the author and his contact information) to e-mail ykrnayka@gmail.com. The subject of the letter is the Irpen Literary Prize. It will be recalled that the Irpen Literary Prize was among the top three all-Ukrainian literary prizes in terms of the level of monetary rewards paid to winners. At the same time, the Irpin Prize is the first monetary award of all private literary prizes in Ukraine.

This year, the Brave Society presented awards to the winners of the Irpen Literary Prize, founded in 2020. In the nomination "Literature for Children" the award was given to Olena Tereshchenko with the novel "Queen Anna's Box", in the nomination "Prose" the best was the work of Yulia Sheko "Divided in Half", and among the poets the jury awarded Yulia Hryhoruk (collection "Bandaged World").

"We want to make Irpin an iconic city for writers again, so that they would like to come here, so that they understand that their work will be supported here," Volodymyr Karplyuk said during the award ceremony.